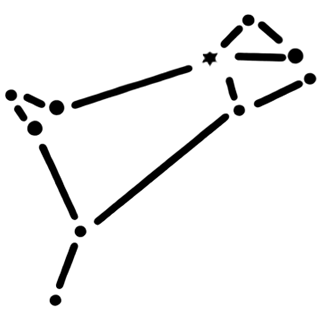 Symbol:  Fish or a Pair of Fish, A Drum (called Naggada, a type of Indian drum played with two sticks)

Deity:  Pushan (One of the 12 Adityas or Vedic Solar Deities) who represents the “Nourishing form of the Sun God”, “The Animal Keeper of the Gods”, “The Protective Deity of the Cattle and the Paths”, “the Nurturer and Protector of Flocks and Herds”, “Protector of Wayfarers and their Belongings”, “one Who is usually invoked for Safe Travel”, He is “the Measurer of the Skies”, He is also “the Protector of the Soul in its Journey to the next World”, “God of Meetings”

“One who nourishes bringing Growth and Prosperity”, Revati means the “Shining One” or the “Shining Light” who shows the Path to Others. Revati Rescues those Who Deserve Special Protection, such as Children and Animals

Pushyan is lord of the anils. He is the form of shiva, one of the adityas. 12 dities.

Pushyan takes the souls to heaven.

Traffic Jam we can see.

King Kakudmi (sometimes also called Kakudmin, or Raivata, son of Revata) was the King of Kusasthali. He was the father of Revati who married Balarama. Within Hinduism, his account is given within a number of existing texts such as the Mahābhārata, the Harivaṃśa, the Devi Bhagavatam and the Bhagavata Purana.

Problem with teeth – because of Daksha yagna.

Meaning:   “One who Nourishes bringing Growth and Prosperity”, Revati means the “Shining One” or the

“Shining Light” who shows the Path to Others. Revati Rescues those Who Deserve Special

Protection, such as Children and Animals

Body Part:  The Abdomen and Groin, the Ankles and the Feet

Gotra (Clan):  Kratu (name translates as the “One who Inspires”)

Shakti (Power) : Kshiradyapani+Shakti (The Power to “Nourish, Protect, and Foster”, the Power of Nourishment is Symbolized by ‘Kshira’ which is Milk)

Basis Above : Cows (Milk is nourishing in Nature)

Desire : To become Lord of the Animals

Result of Shakti, Basis, & Desire: Nourishment of the entire World